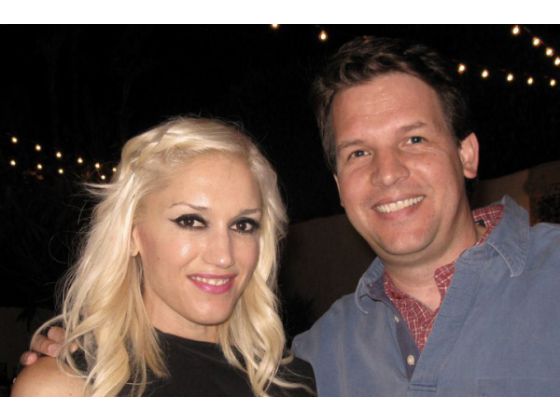 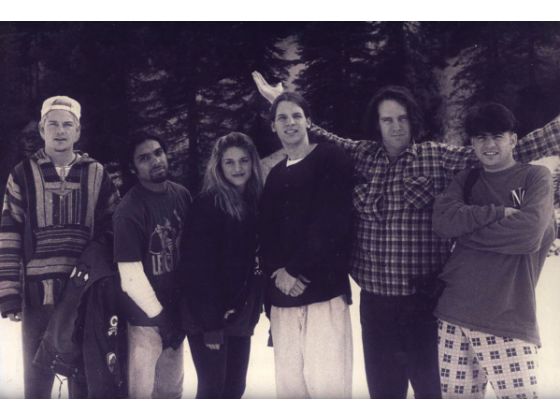 This is so awesome! Former No Doubt saxophonist Eric Carpenter,who now works as a reporter for the OC Register, has shared some rare No Doubt photos as well as a tourist’s guide to visiting some of the historic No Doubt landmarks in Anaheim!

ANAHEIM – On Friday, No Doubt is set to resume the second half of a six-night run at the 6,000-seat Gibson Amphitheatre at Universal CityWalk, promoting its latest album, “Push and Shove.”

But 20 years ago, singer Gwen Stefani was no international music and fashion icon. She was just a girl from Anaheim.

A girl with a gift for singing. Who liked to perform. And who dreamed of bigger things with her bandmates.

But, back then, in an era when glam metal bands dominated the scene and grunge music from up north was starting to take over, the idea of an upbeat, ska-influenced band from Orange County making it big was unlikely at best.

I can speak with authority about that time in the career of No Doubt: I was along for the ride in those early years, playing saxophone in a backing horn section from 1988 to 1994.

To this day, as I drive around Anaheim – the city I now cover as my beat – I remember a time when No Doubt was virtually unknown to music fans outside of Southern California. A time when the members of No Doubt lived and worked here-without people taking a second look.

Leave a Reply to Nick / The Littlest Winslow Cancel reply