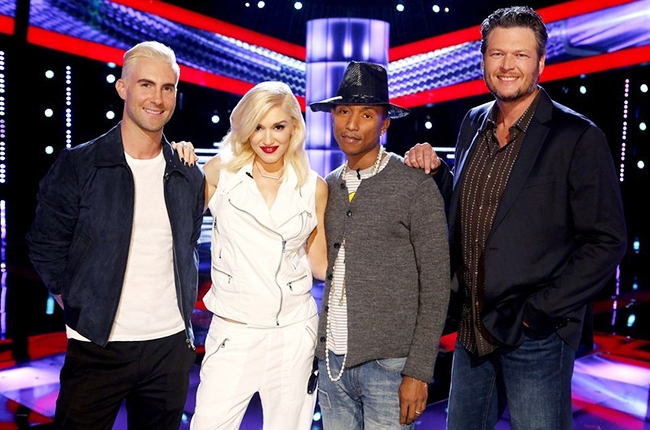 Blake Shelton is stomping his cowboy boots and snorting, ready to charge out of the gate and win Season 7 of “The Voice.” He’ll be up against his bromantic nemesis, Adam Levine, and two new judges, Pharrell and Gwen Stefani. And although he says he’s “looking forward to mopping the floor with the other three coaches’ asses,” he had some positive things to say about the rookies — like Pharrell being the positive guy for the failed contestants and that he has yet to find a way to offend Gwen Stefani.

And the woman taking Shakira’s seat? She’s just one of the guys, the country singer says (which is undoubtedly the best way to look at it psychologically when one starts talking aggressively about mopping the floor with the competition). She’s also better at handling his sometimes abrasive sense of humor, something he said Shakira (who coached Seasons 3 and 5) and Christina Aguilera (who coached Seasons 1, 2, and 4) had trouble doing.

“[Gwen] is not like any other girl I have ever been around,” Shelton said. “She is just one of the guys. There [are] times I say something that maybe something you may not want to say around a girl, and [it] doesn’t phase her. And I like that about her because with Christina [Aguilera] and Shakira, there were times when I offended them.”

He quickly added, “I admit it, I admit… damn it!” But: “I have yet to offend Gwen though.”

You can read the rest of the story at The Examiner