Here’s a screenshot of Adrian’s appearance on The Hot & Heavy Show which streamed here on BReal.tv today. Adrian talked with co-hosts Angie Everhart and The Greg Wilson about golf,awards,his wife Nina (Adrian says she’s a ”tremendous human being”-aww!) He also talked about No Doubt’s past tours and recalled the famous stories of how he lied to the band when he first joined that he had been drumming for years,and when ND first ”Just A Girl” on the radio for the first time in Provo,Utah. He also recalled ND’s ”epic” performance with Sting at the 2003 SuperBowl half-time show. He also told the sweet story of how he proposed to Nina onstage during No Doubt’s show at The Fillmore in San Francisco in 1999. Adrian said that some of his favorite places to play were India and Israel in 1997 and that he’s loved touring with The Vandals,U2 and The Rolling Stones. He said that it’s powerful to have such an awesome relationship over music with the fans and shared that he’s going to the Simple Minds show at the Orpheum Theatre in LA tonight (hope he has fun!) The hosts discussed the current US government shutdown and Adrian expressed concern about how many people are being affected by the ”ugly” situation. 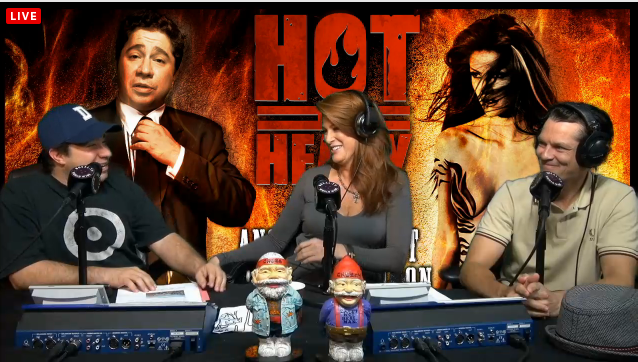 EDIT: Angie Everhart shared a photo of herself with The Greg Wilson and Adrian: 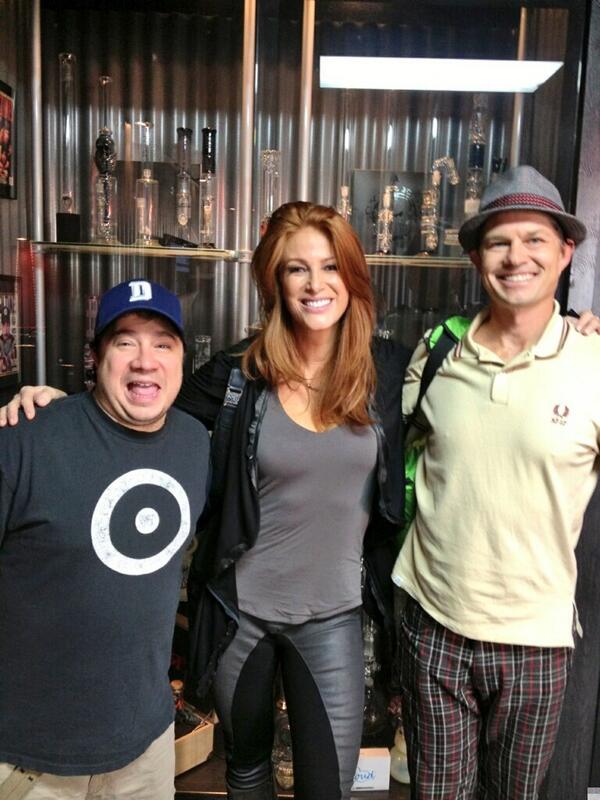