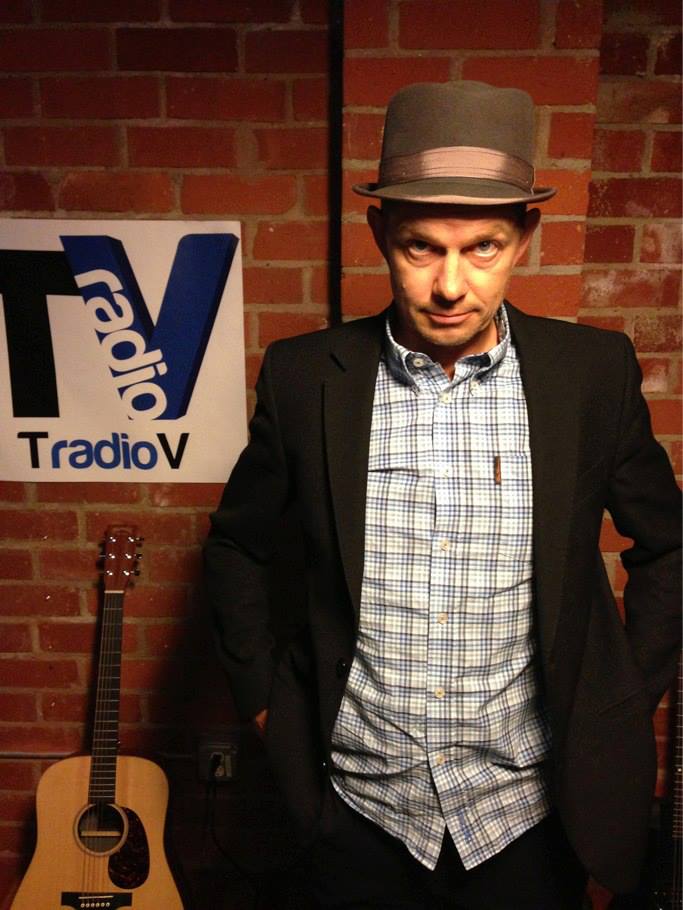 According to a tweet from professional drummer Jeff Sorenson,Adrian will be a guest tonight along with fellow drummer Toss Panos on DRUM Smack,a 60-minute weekly interactive radio show hosted by Sorenson that is currently broadcast on TradioV, which is available in San Francisco, New York, Denver, Los Angeles and online. The show airs at 9 PM PST and a livestream can be seen HERE. It also appears that archived videos of the program are posted later on at DRUM Smack’s website. It seems as though listeners will be able to ask the guests questions via the toll free number 1-855-TRV-INLA, email, Twitter, Facebook and Skype. We look forward to seeing Adrian on the show!

UPDATE: Adrian talked about how he joined No Doubt in 1989 (including how he lied to the band that he had been playing drums for eight years,lol!) A fan who had entered the Push And Shove drum contest called in to express her love and respect for Adrian and the band. Adrian said that whether a drummer is technically trained or not,they need to play from their gut and their heart. He discussed his partnership with OCDP and how people can order custom drums from the company. He mentioned how No Doubt returned to the studio in January and found that were on a roll,resulting in their postponing their tour plans this summer. He also talked about the Wicked Beats DVD about reggae and ska drumming that he is featured in;a clip from the DVDof Adrian drumming ”Underneath It All” during the 2009 No Doubt summer was shown. Adrian also was reminded of the 1999 Modern Drummer Magazine cover shoot he did with Chad Sexton of 311;Chad apparently offered to do another shoot for the magazine with Adrian next year. He also talked about his love for golf,mentioning that he has a 0 handicap and has won past golf tournaments and is currently playing in one in Long Beach. He said some of his drum influences have been Ian Paice,Stewart Copeland,Fish from Fishbone and Chad Smith.

UPDATE 2: DRUM Smack has shared photos and full video of Adrian’s appearance on the show last night-watch starting at 34:00 below. And congrats to our good friend Hannah on the show using a clip from her Adrian tribute video as they introduced Adro!

Congrats to Jackie on meeting him last night at the studio: 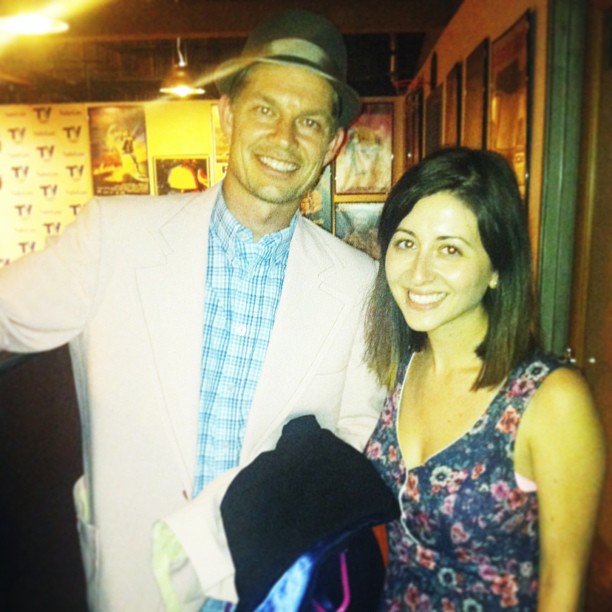