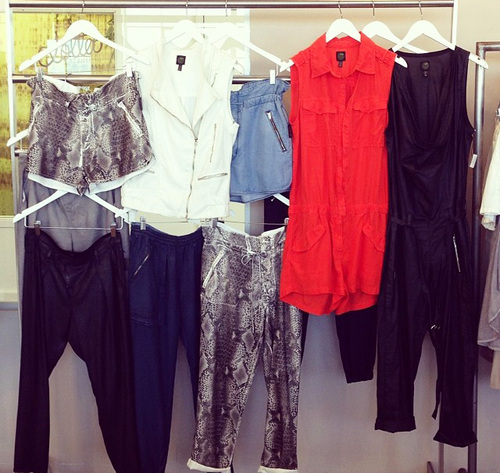 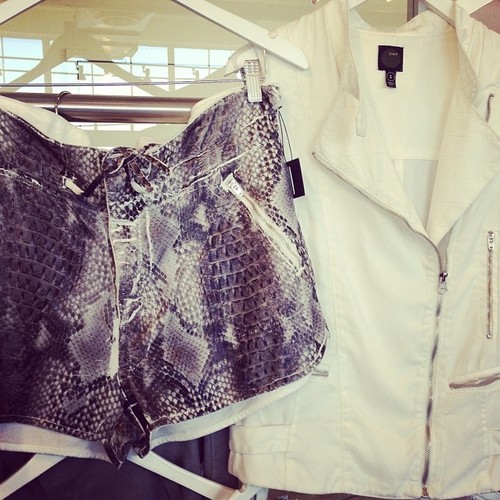 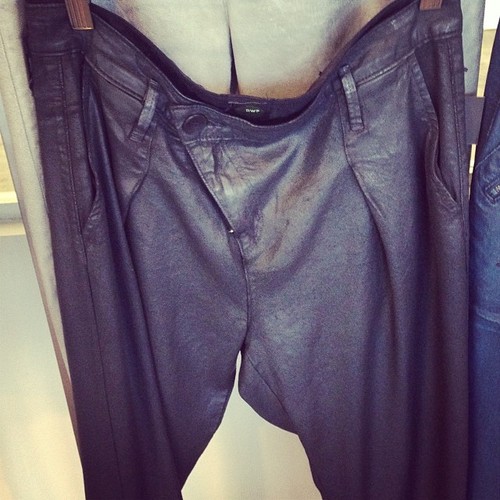 In a new interview with Racked,denim industry vet Michael Glasser and his son Derek discuss their collaboration with Gwen on their new fashion line, DWP (Design With Purpose). They again talk about the story behind DWP,which originally was intended to be a waterless denim line and whose first collection came together in about ten weeks and features trousers, vests, shorts, tops and jumpsuits. The Glassers describe the line as being ” a cross between East Coast and West Coast style” and praise Gwen as being very hands-on with the line,as well as bringing ”an edgy female perspective to what I’m doing. She really has a great grasp on the DWP women.” The article also features another sneak peek at the fabulous Spring 2014 collection which will soon be available at fine specialty stores and online; retail prices range from $180 to $250. Much congratulations again to Gwen and the whole DWP team!

Last week, we stopped by DTLA’s Cooper Design Space to get up close and personal with Design with Purpose (DWP), a game-changing ready-to-wear collection brought to you by Gwen Stefani, the Anaheim-raised rockstar known for her impeccable style and Michael Glasser, the denim industry vet behind famed brands like Seven for all Mankind, Citizens of Humanity and Rich & Skinny. While there were sadly no Stefani sightings during our visit (she’s busy being pregnant with her third boy!), Glasser and his son Derek (DWP manager of product development) were in the house to give us the scoop on this epic collaboration.

What’s the story behind DWP?
“After creating this whole unbelievable arena of premium jeans and watching it evolve, a year and a half ago I really started to think, ‘How can I make jeans cool and exciting again?’ The denim business was shrinking, so I know that my girl wanted to something different. One day, I decided to take Tencel fabric and make a pair of asymmetrical trousers that we were going to do in denim, and then coated it. It had this really cool, leather attitude. I gave the pant to my girlfriend to wear over the weekend, and she kept getting stopped on the streets, even by girls at the Chanel store. That’s when I knew that we had something really big here.”

Did you immediately start working on the collection at that point?
“Yes. We put the entire collection together in about ten weeks. In addition to trousers, the line also features vests, shorts, tops and jumpsuits.”

When did Gwen’s involvement come into play?
“In between this time, Gwen and I were talking about a doing a waterless denim line together. But after realizing that I didn’t want to do another denim line, I stopped it and told her to come to Downtown so I can show her this idea. She immediately flipped out on what we were doing here, so we formed DWP.”

How does Gwen contribute to the design process?
“Gwen is very hands-on and creatively involved. She brings an edgy female perspective to what I’m doing. She really has a great grasp on the DWP women.”

What’s your goal with DWP?
“It’s all about an attitude. What we’re doing is a cross between East Coast and West Coast style. We’re at the beginning of a whole new chapter, and it’s exciting.”

DWP’s spring 2014 collection will soon be available at fine specialty stores and online. Retail prices range from $180 to $250.