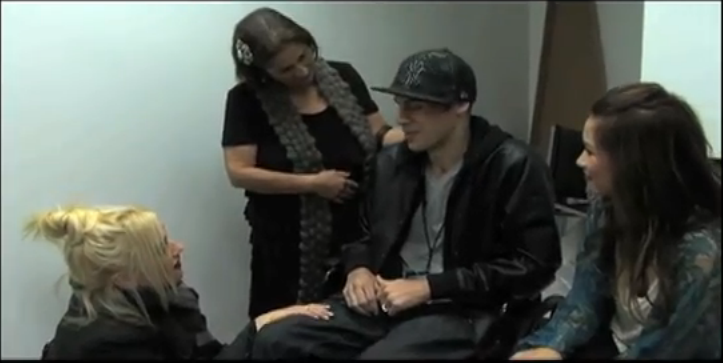 As fans may recall, Gwen appeared in ”444”, the documentary about Steelo Vasquez, Gwen’s former backup dancer (he also appeared in the ”Early Winter” music video), who suffered a life-threatening brain injury in 2011. The film chronicles Steelo’s rehabilitation and includes footage from a December 2011 fundraiser for Steelo and his family; Gwen attended and donated items that were put up for bid during the fundraiser’s silent auction. Now, according to IMDb, the film will be released in US theaters on February 14. We continue to wish Steelo and his family all the best and hope that fans are able to see this inspiring film in their local theaters. For more information, please visit 4godloveanddance.com.

Watch the trailer for the documentary below (Gwen appears at 2:55)