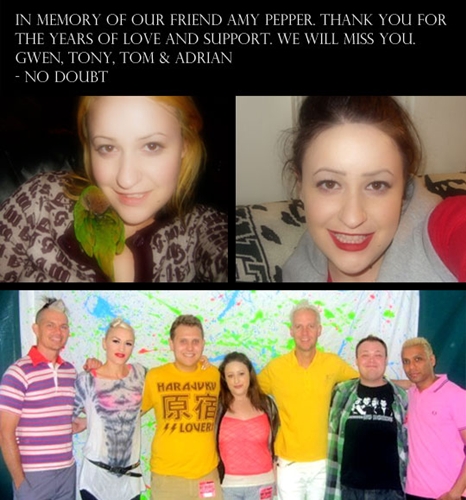 This Month’s Featured Fan is a special one for us. It’s Amy Pepper. We wanted to make a small homage to her and this was the best way we found! For the ones that doesn’t know, Amy was a huge ND fan and lost her battle against cancer earlier this year. The photo above was posted on ND’s official website and shows how much the band loved her. She was an adorable person and we miss her so much, but we’re sure she is celebrating with us the new era from where she is now. Stay in peace friend!

I asked her husband, Brandon, to write about her, her stories with ND and to send us some pics. He ended up writing an awesome text, which is shared with you guys below. Hope you all enjoy it as much as we do. 🙂 If you wanna be a featured fan here on EIT, send us an email at eit.nodoubt@gmail.com and we’ll let you know what to do! Thanks! 🙂

My name is Brandon Griggs. I have been a No Doubt fan for many years. I co-founded the No Doubt International Fanclub website and Tragic Kingdom magazine in 1998, and though I have since parted ways from both those projects I am still a huge fan. But this story is not about me, it is about my wonderful wife Amy Pepper who sadly lost her four year battle with cancer earlier this year.  When I was asked about making Amy “Fan of the Month” I thought it would be a great chance for me to share just how much No  Doubt and their music has meant to the both of us over the years.

Amy was born (June 13. 1981) and raised in the town of Cobourg, Ontario (Canada) (about an hour away from Toronto). Her family had a satellite television that allowed them to see American stations that not all Canadians had the opportunity to see, one of those being MTV. The moment Amy saw No Doubt perform, she was a fan. She was immediately drawn to Gwen’s style, and it was not long before she was sewing her own recreations of clothes she saw Gwen wear that she liked. Within a couple of years she would travel to the studios of Much Music (think Canada’s version of MTV) and get a chance to meet the band for the first time (which also happened to be Valentine’s Day which always gave that day an extra special meaning to her).  Amy was not just a fan of No Doubt, she was a fan of Gwen Stefani’s “L.A.M.B.” clothing line, and turned her love for “L.A.M.B.” into the website “Lamb Collections (www.lambcollections.com).” Amy’s website quickly became the premiere website devoted to the clothing line (and a website I am hoping to get updated in the near future).

A mutual friend of Amy and I named George Conidis (who Amy enjoyed many No Doubt/Gwen shows with over the years) thought that Amy and I would make a great couple and introduced us to each other through AOL Instant Messenger (remember that people over 25?). Our mutual love of No Doubt made it easy for us to begin talking to each other, and it was not long before we planned to meet for the first time. Amy was near the area I was living at the time (Van Nuys) visiting her relatives while she was on summer break from school. The moment she and I met, we had a connection I can’t even begin to explain, perhaps it was the “Love At First Sight” thing I have always heard people talk about? Since we lived close to 3000 miles apart, as we grew fonder of each other it was difficult to make the relationship we were creating work, but we always found a way, which would end up being very important the last few years of Amy’s life.

In early 2008 Amy was first diagnosed with cancer (Hodgkins Lymphoma). I had been planning on proposing to her in the near future and her diagnosis just made me decide to speed up the process because I felt like proposing to her at such a difficult time in her life would help show her how much I wanted to be a part of her life.  I told her that I could not promise if she’d be able to beat the cancer or not, but that I could promise I’d be by her side as long as it took to find out. Thankfully Amy said “yes” to my proposal! 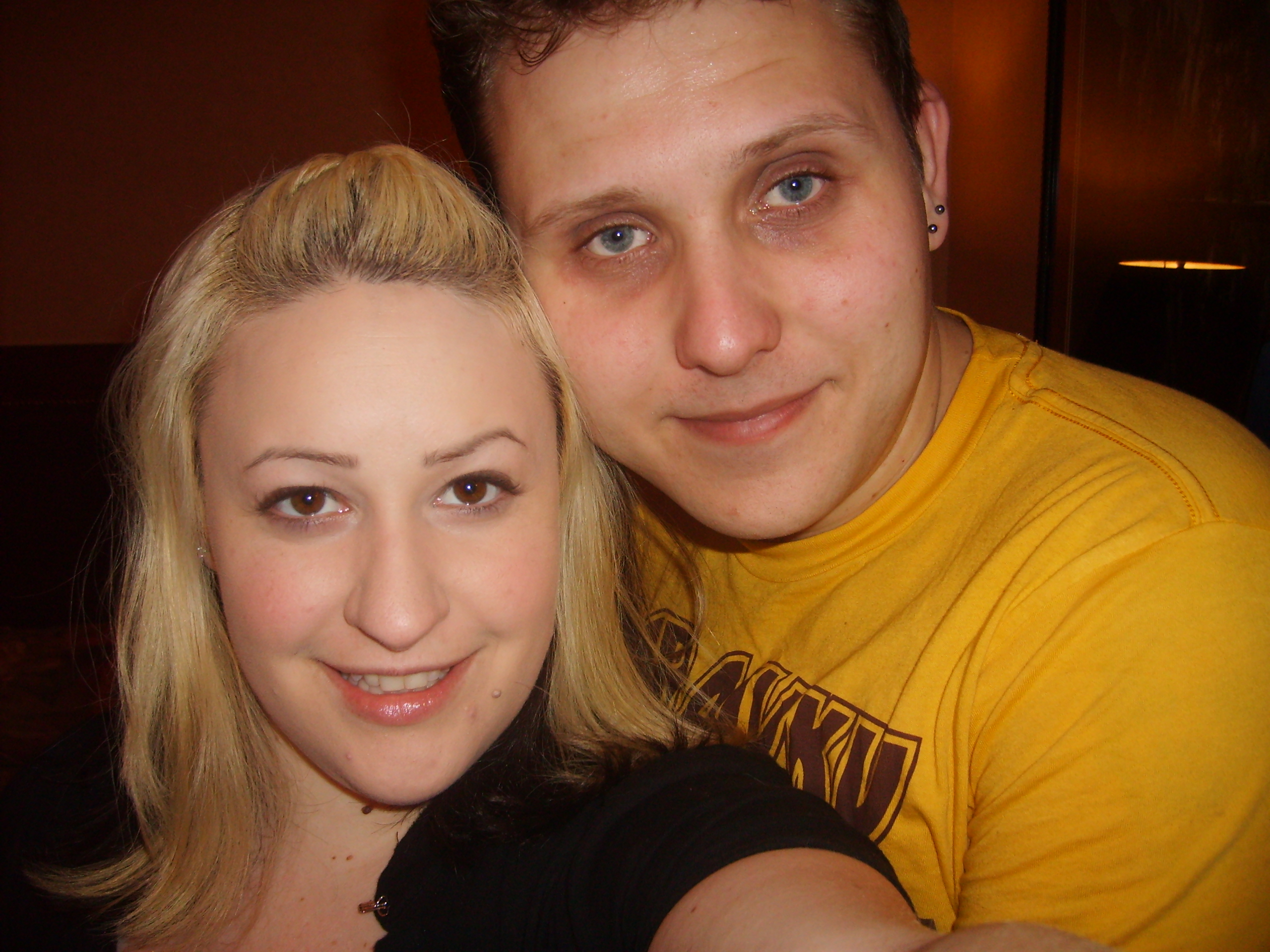 First photo as an engaged couple.

Amy was able to complete all her chemotherapy and radiation treatments in time for our wedding on November 22nd of 2008 (random fact: November 22nd also happens to be “No Doubt Day” in the city of Anaheim).  Many of our fellow No Doubt friends flew into Las Vegas for the wedding (including some from as far away as Canada and Baltimore!) and of course we made sure that lots of No Doubt songs were played that night. 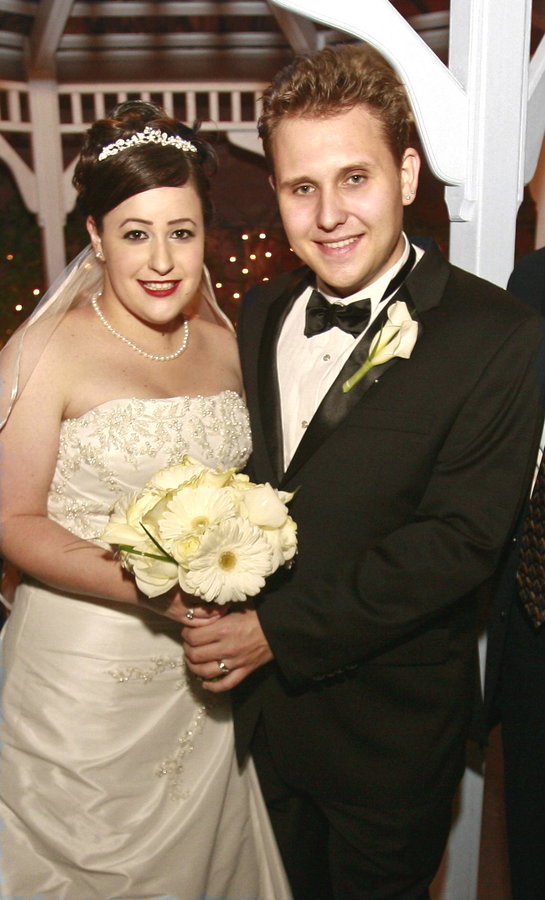 A photo of us from the wedding.

We enjoyed a wonderful honeymoon in New Orleans, but shortly after we got back Amy learned she was now suffering from thyroid cancer. The thyroid cancer required she have more radiation, as well as surgery to remove her thyroid. By the time Amy completed those treatments the Hodgkins Lymphoma cancer had come back, and with a vengeance. So over the next couple of years Amy endured countless cycles of different chemotherapies, a stem cell transplant, more radiation, and three different experimental drugs. We traveled to San Francisco, Los Angeles, and Houston to try and find that miracle. Through all those horrible treatments she endured, she kept her “Lamb Collections” website updated in between doctors’ appointments and procedures, and she and I attended a number of memorable No Doubt and Gwen related events.  I figured this would be a good place to visually share some of those memories with all of you: 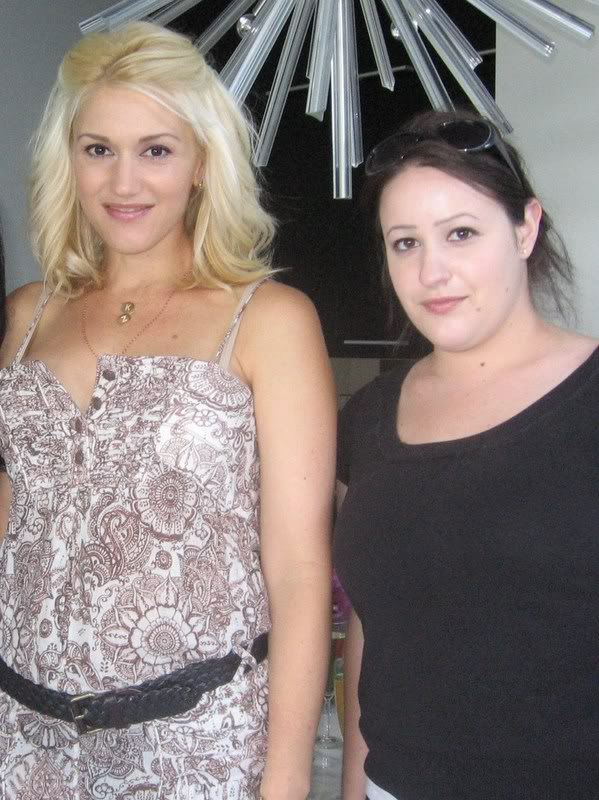 Here is a photo of Amy with Gwen at a private LAMB event held at Gwen’s home (I remember being jealous Amy got to see inside Gwen’s house). 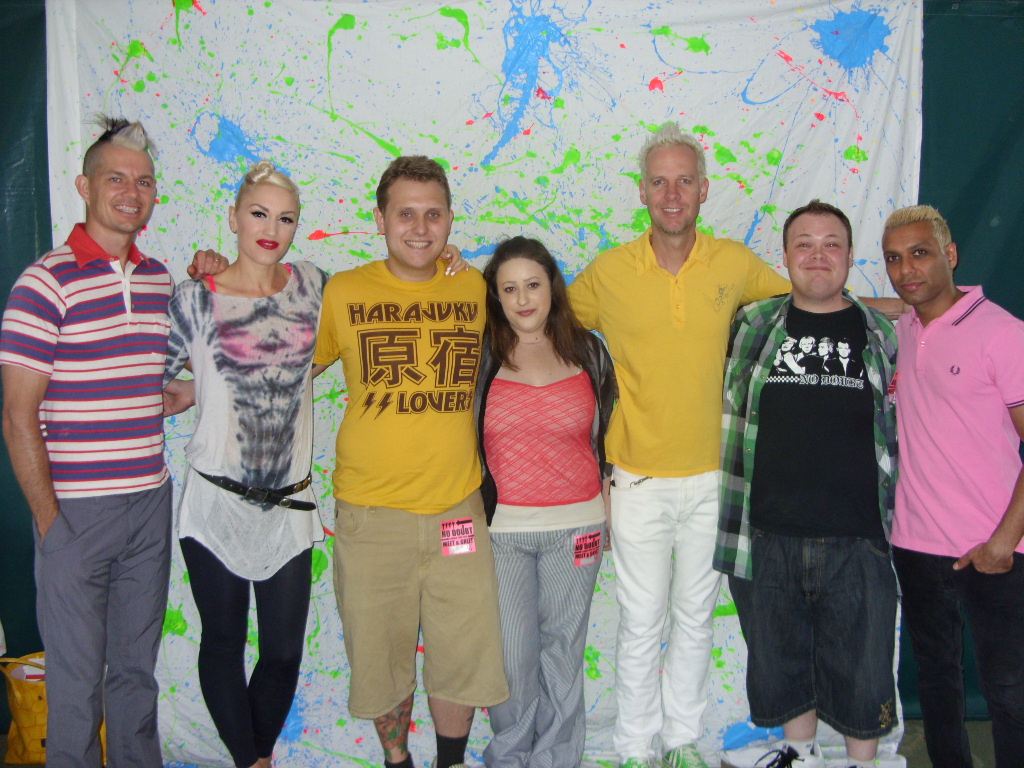 Here is a photo of Amy and I (and our friend James) meeting the band in Marysville, CA. 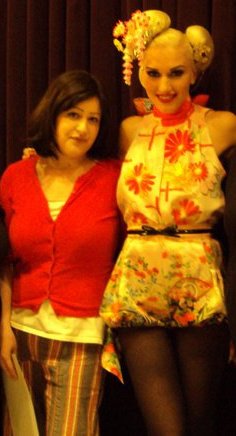 Losing my Amy this past year was a gut wrenching experience that I am still dealing with today. I didn’t just lose the love of my life that day, I also lost my best friend. It comforts me to know that we experienced a love few get to experience. I am proud that through all the terrible things Amy had to endure that she always kept a positive attitude, and never lost her love for No Doubt and singing along to her favorite tune when it came on the radio.

No Doubt had begun following Amy on Twitter and while we were in Texas over this past Christmas looking for a new treatment they tweeted her “Special holiday message for our friend @amypepper . We hope you get well soon and wish you a very happy new year xx” Amy’s reply to that tweet would be her last “@nodoubt I’m feeling the love & support. It goes beyond my wildest dreams. Wishing you a great holiday season and new year.” No Doubt had been a huge part of our lives together, and here they were being a part of Amy’s final public post on the web, it was a very special thing we were both grateful for. I am also grateful to the band for posting a loving tribute to Amy shortly after she passed away, it was something a lot of bands as famous as them wouldn’t take the time to do, and it goes to show that they really do love and respect their fans.

One thing I know for sure, the No Doubt community have been great in helping keep Amy’s spirit alive (her Facebook page is always filled with loving memories of her). So many of my fellow No Doubt friends have been great helping me get through these difficult times. Big thanks to all of you! And to anyone reading this story who is dealing with cancer (which unfortunately I know some of you are), I am happy to answer any questions you may have about it as best I can, or help you deal with some of the emotional and physical issues that cancer brings (I learned a lot in the four years Amy and I dealt with the disease). Feel free to email me:brandon_griggs2004@yahoo.com and I will be happy to lend an ear.

14 thoughts on “Featured Fan of the Month: Amy Pepper”