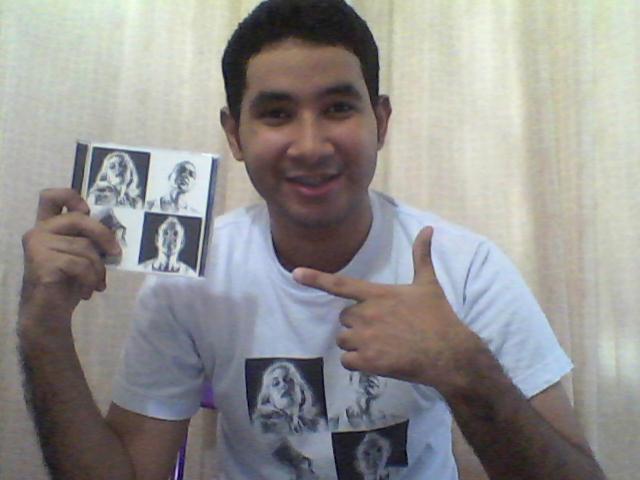 This month’s featured fan is Luis! Wanna be our next featured fan? Contact us using the social widget on the side!

Tell us a little bit about yourself:
Well, My name is Luis, I’m 25 years old. I live in Colombia, South America, and I’ve been a proud “NoDoubter” for 14 years! 😀

How did you become a fan?
When I was 12 and before going to school my parents used to watch MTV (Latino) very early in the morning (I don’t even know why, because they don’t listen to music in english LOL) and I remember watching “A Simple Kind of Life” video and we used to talk about how Gwen, being so white had black girl’s features. Curiously the video was always featured at the very same time every single day and the lyrics of “A simple kind of life” along with that pink hair started to get deeper and deeper in my mind. I used to wait for hours and even days watching MTV and MTV2 waiting for “Simple Kind of Life video) and just after watching “Ex-Girlfriend’s” video I was officially in Love with ND.

Do you have a Favorite No Doubt Memory?
A few months before the release of Rock Steady (and craving for more No Doubt every day) MTV 2 Had a “Soundtrack Videos” special co-hosted by Aaliyah. I already had Return of Saturn and, for me, there were only 3 videos for that album: Sinple Kind of Life, Ex-Girlfriend and Bathwater, they had announced a video for “New” and I tought I was going to pass out. Just when the video started my dad changed the channel to watch the news. He didn’t let me watch the video and I was SO angry that I cried of pure rage. It was a sad week for me because I had no internet by then, so watching NEW again seem virtually impossible. It’s a kinda sad memory, but It made me realize how much I loved No Doubt.

What about your Favorite Era?
Without a single doubt: RETURN OF SATURN. It was the first contact I had with the band and the Colorful, yet rock-ish vibe, mixed with lots of hard-beat songs it makes it just perfect one.

If you had to choose Your Favorite No Doubt Song, what would it be?
This is so hard to answer, but I must say It’s “Artificial Sweetener”. It’s a song with a kinda dark vibe about it (something you’d hear from bands such as Garbage and The Cranberries”). I daydream about that hard-beat tune mixed with Gwen’s amazing vocals.

What is your most prized No Doubt possession?
I’d say my ND Album Collection as a whole, priceless thing, It’s just that I can’t pick just one, but for more sentimental reasons I’d considere any of my Return of Saturn edits.

What is one thing that you want to achieve during this new No Doubt Era, a No Doubt Dream if you will?
Honestly, I’d really like to expend my ND Collection to something more.. um.. Material, LOL like some pins or even the Limited Edition of speakers set or the Boom Box (this one is a MUST HAVE wich I don’t Have yet). While I work on that, I’d LOVE to receive an answer from ND on twitter or Facebook 😀

Two more questions. If there was something that you wanted No Doubt to do during this tour, what would that be?
The MUST add some dates to Colombia, they need to come to see their South American fans more often so we can show them how much we love them!! 😀

Last question. Is there anything you would like to say to the band, you know if they happen to read this?
I’d say they’re like Family to me. Their songs have always been with me in sad and happy times of my life equally since the very last part of my childhood. I like some other artists, but No Doubt is the only one band I LOVE AND ADORE. 🙂 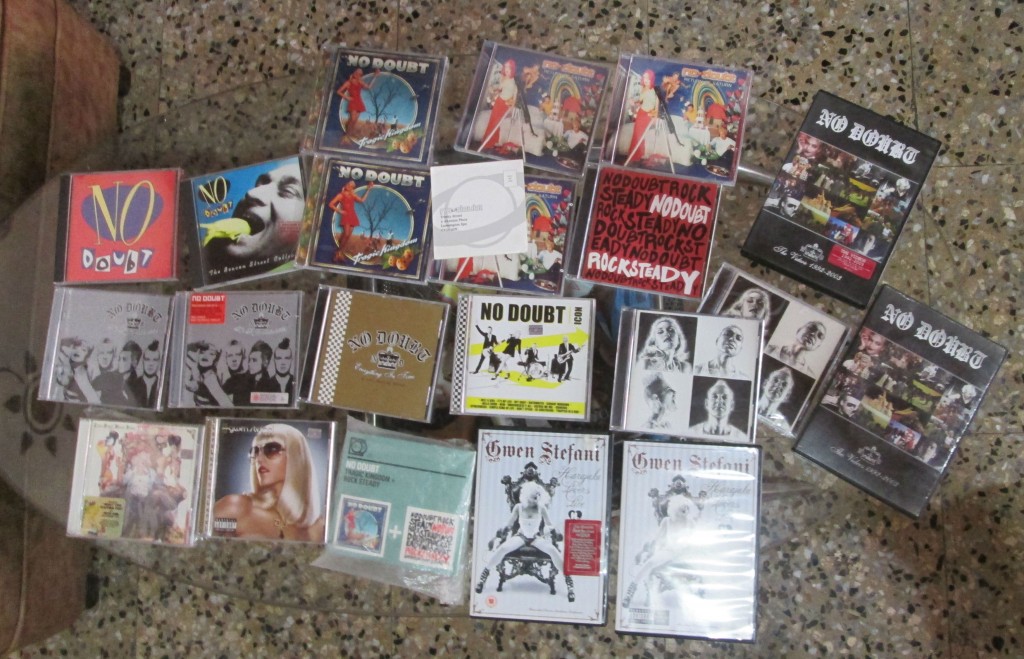