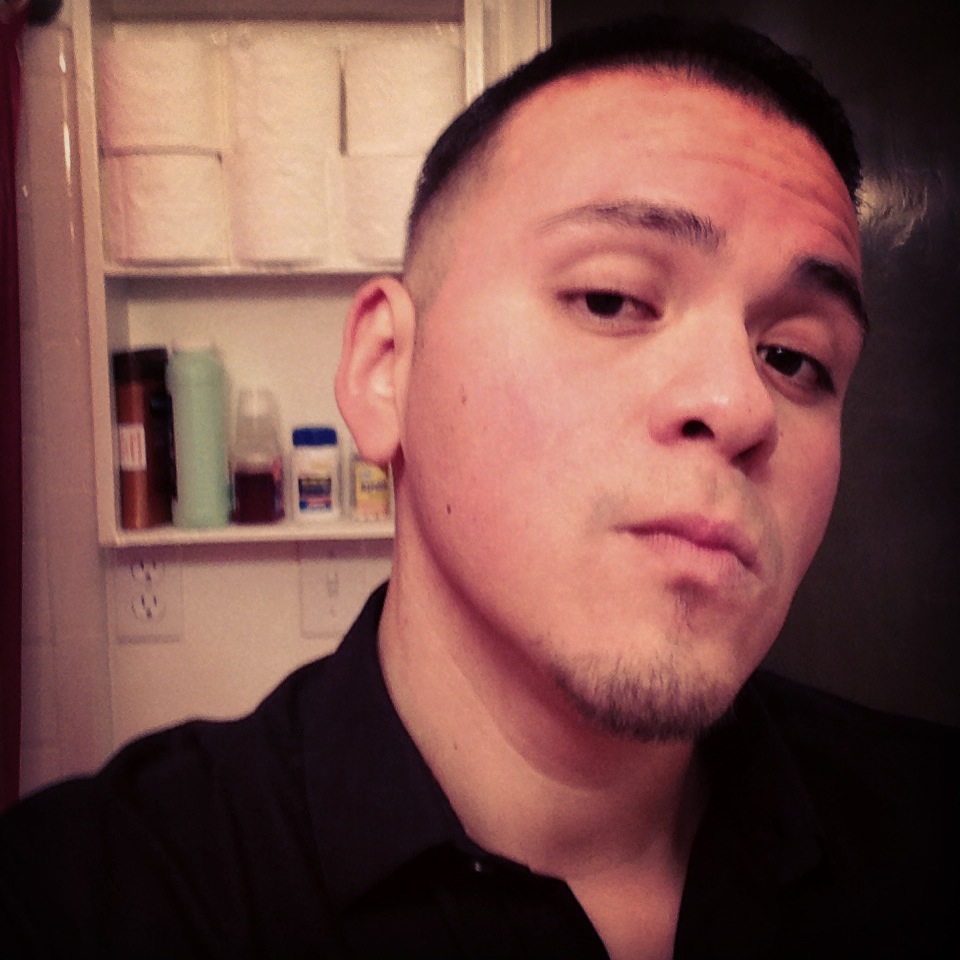 Wanna be our featured fan? E-mail us at eit.nodoubt@gmail.com!

Hi, my name is Bryan and I am a No Doubt-o-holic. I’ve been a hard-core fan since 1996 and still love No Doubt up to this day. The first time I’ve seen No Doubt was during the Return of Saturn era when they performed on top of the Virgin Megastore in Costa Mesa, CA. From then on I have seen No Doubt in concert for their Return of Saturn, Rock Steady, Singles, Summer, and 7-Night Stand tours. I’ve had the pleasure of meeting Miss Gwen Stefani , but was left speechless 🙁 No Doubt is not like any other band out there and that is the reason why I love the band. I can’t wait for their upcoming new music.

I became an instant fan as soon as I heard the guitar riff off Just A Girl when KROQ started playing No Doubt. THANKS KROQ!!!

My favorite No Doubt memory was during the Summer Tour with Paramore and The Sounds. Gwen usually takes a small break during the middle of the set to talk to the fans. I was upfront on the barricade during their stop at the Universal Amphitheater. I put up a picture I took of her back in 2003 up in the air for her to see. Gwen looked at me and said “Oh, you want me to sign that?”. I shook my head with excitement. I couldn’t speak! Come one it’s Gwen!!! I handed Gwen the picture and she autographed it on stage. I couldn’t believe it!!!

My favorite No Doubt era is the Tragic Kingdom era. If it wasn’t for T.K. I wouldn’t have known of No Doubt. The T.K. era proved that being and dressing out of the normal was, NO DOUBT (pun intended), amazing! There was no band around who had the sound that T.K. provided. All my other friends were Pumpkin, Bush, Garbage, Manson, Offspring fans while I was the HUGE NO DOUBT FAN. Which band is still around and rocking? NO FREAKING DOUBT!!!

My favorite No Doubt song is and will always be Just A Girl. I remember talking on the phone with my friend when all of a sudden this guitar riff comes on KROQ. Who is this? I asked my friend and she said No Doubt. I couldn’t get enough of JAG. My dad bought the album for me at Blockbuster Music (Yes, I am old!). I stayed in the car listening to T.K. while my dad and brother played at Golf N’ Stuff. The horns!!! May I say that the music video to JAG is by far the best video ever? Yes!!!

It is not an official No Doubt item, but the most prized possession I have that relates to No Doubt is a patch of lawn grass from when I first seen No Doubt during the Return of Saturn tour. I had lawn seats at the Irvine Meadows Amphitheater (now Verizon Wireless Amphitheater) so I saved a piece of No Doubt history. As of today, I still have the patch of grass, but it looks more like hay now.

What I would like to achieve during the Push and Shove era is to be get on stage and take a picture with each of the band members. I might even cry because I truly love this band. I’ve been speechless when I met Gwen and when she signed my photograph, but if i were ever able to get on stage I think I would need a diaper afterwards.

There is actually just ONE thing I would love for No Doubt to do, but it is a mighty big request. I would love if No Doubt will sneak in What You Waiting For? into the setlist for the upcoming tour. They surprised everyone during the 7-Night Show at the Universal Amphitheater by performing a fan’s request of Magic’s In The Makeup. WYWF? is by far my favorite Gwen song. The beat is just out-of-this-world. If No Doubt reads this, PLEASE SNEAK IN THE SONG onto the setlist for your LOS ANGELES show 🙂

I was in high school when T.K. exploded onto the music scene. I wasn’t in the popular crowd or hung-out on the “cool” side. I was with the crowd who hung-out by the library with the rest of the students who didn’t fit in. Don’t get me wrong, I did have my group of friends, but we were the weird, goofy, different group. I tried dressing normal in order to try to fit in, but when this band came on the scene dressing and acting differently from any other musical group at the moment, I realized that it was okay to be different, to dress different, to listen to different music. No Doubt wasn’t afraid of being strange or different. They didn’t care about their image or sound. It was okay for the weirdos to be . . . weird!

No Doubt: you made it okay to be different, and I thank you.

No Doubt opened the music genre of ska and alternative for me. Because of No Doubt, I discovered other great bands like Save Ferris, The Cardigans, Garbage. No Doubt’s musical influences led me to also discover Siouxsie and the Banshees, Madness, The Ramones. I owe my taste in music to No Doubt.

All other bands have broken-up from the time I was in high school. Good thing I picked No Doubt as my favorite band because through their ups and downs they are still together and better than ever!

I will be choosing a logo from No Doubt to pop my tattoo-cherry, but haven’t decided on which logo. Any suggestions?

Here are photos of Bryan’s collection! 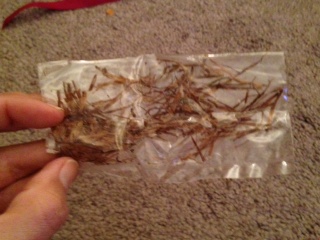 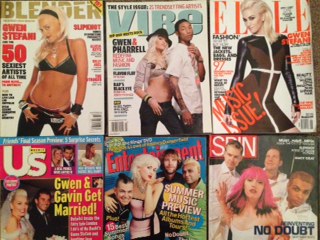 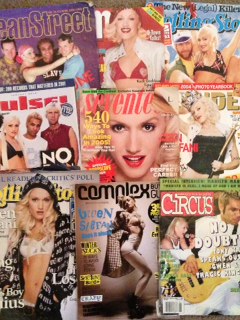 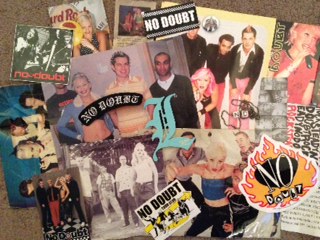 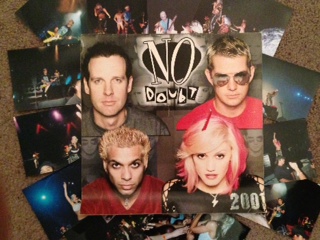 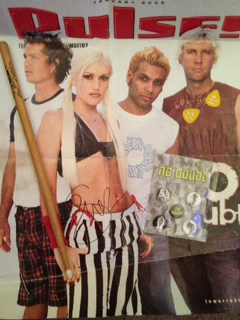 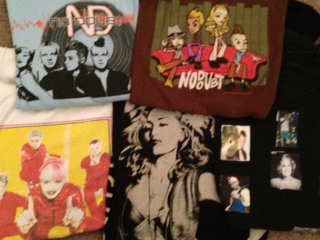 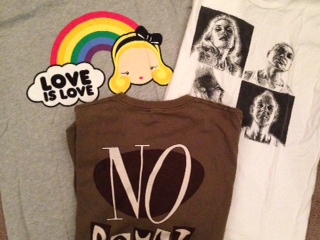 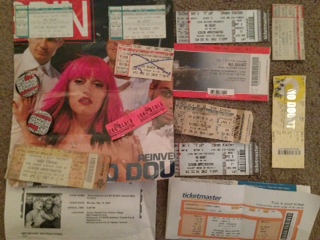