No Doubt announced today in Times Square that they will be playing main stage at Rock In Rio USA May 2015! The event is held on the Las Vegas Strip in Las Vegas, Nevada. 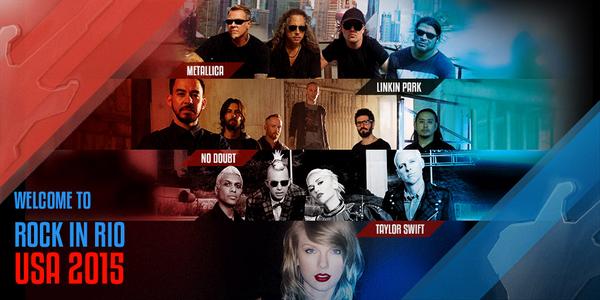 NEW YORK (AP) — Taylor Swift and Metallica are among the performers set for the U.S. debut of the Rock in Rio music festival next year.

The festival announced Friday that No Doubt and Linkin Park also will perform on the main stage during the four-day event in Las Vegas. The Deftones and John Legend will perform on a different stage.

A group including casino company MGM Resorts plan to build a 33-acre open-air music venue on the Las Vegas Strip for the festival. The layout is expected to include five stages.

Rock in Rio launched in 1985. The festival also will be held in Rio de Janeiro next September, featuring Katy Perry and Legend.

Thanks to newzcard.com for these great pictures!