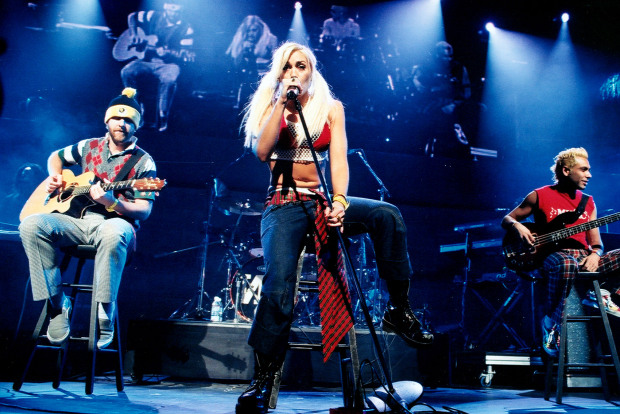 Awesome! No Doubt is set to perfom a special acoustic set at the “An Evening With Women” event on May 16 at 8PM at the Hollywood Palladium! Other performers are Sia and Sarah Silverman.

The event, held by The Los Angeles LGBT Center, will also have a silent auction before the performances and dinner. Tickets are already on sale and prices range from $300 (single ticket) to $25.000 (Platinum table). All the money raised will be used to provide underserved seniors, women and girls, including the homeless youth currently surviving on the streets of Los Angeles.

The members of the band promptly accepted the invitation and stated “We are so honored to be joining the lineup for this year’s An Evening with Women. We applaud the tremendous work Los Angeles LGBT Center has done over the years in striving to create a community where all people are equal and treated with fairness and dignity. This is going to be a really cool show for us….different than the big plugged-in shows we’ve done over the years, it’ll be exciting to switch it up and play a select handful of songs and bring a scaled down, acoustic vibe to them.”

Anyone plans to go?