Gwen performed last night at the Royal Gall held at the Golden 1 Center. And by the looks of the photos and videos available online, she brought in her full set for her TIWTTFL tour, she even did costume changes, we are still not sure of what songs made the final setlist, we have seen videos for a few songs only.

Setlist: Red Flags / Baby Don’t Lie / Make Me Like You / Underneath It All / Luxurious / Used To Love You / Hollaback Girl / The Sweet Escape / Just a Girl (incomplete and/or out of order)

The incomparable @gwenstefani has taken the stage here in @Golden1Center at the Kings Royal Gala! 🎤#DoGood pic.twitter.com/ad1V5tVGu5

She killed it. #GwenStefani was amazing. Josh and I were lucky enough to see her tonight at the #RoyalGala private concert. #golden1center #sacramento #datenight

Gwen is playing a invite only gals tonight in Sacramento ⭐️ looks fancy with the chandeliers! Credit: @jasonfacey1 snapchat! She should go on anytime now.

That time when #gwenstefani is singing only for you 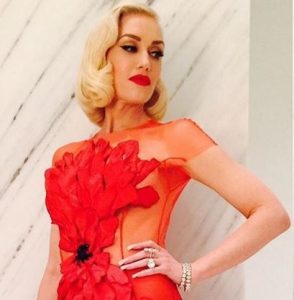 The Sacramento Bee is reporting that Gwen will appearing for a private performance for a charity event on October 21. The event os called the Royal Gala and benefits The Sacramento Kings Foundation, and it will be happening on Golden 1 Center (others artists are set to perform there, but on other dates, as part of the venue regular calendar).

Tickets for the event will cost $1000 each and event hosts promise upbeat music, food and drinks, a 2 hour cocktail reception followed by Gwen’s performance, later on a DJ will take over to close the night.

Sounds like a fun event and it’s always nice to see Gwen involved with charity.