Thanks so much to Gwen’s New York publicist Laura Claps for sharing a scan from this week’s People magazine of an awesome feature celebrating the 25th anniversary of No Doubt’s first official gig! We love the photos they used! 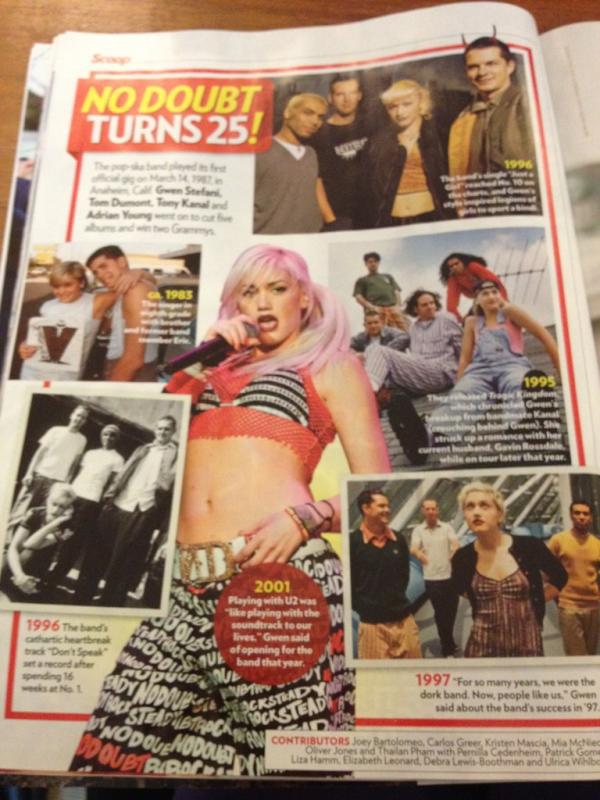 circa 1983: The singer in 8th grade with brother and former band member Eric.

1995 (Actually,the photo is from 1992 when ND shot the ”Trapped in a Box” video): The band released Tragic Kingdom,which chronicled Gwen’s breakup with bandmate Tony Kanal. She struck up a romance with her current husband,Gavin Rossdale,while on tour later that year.

1996: The band’s single ”Just A Girl” hit No. 10 on the charts,and Gwen’s style inspired legions of girls to sport a bindi.

1996: The band’s cathartic breakup track ”Don’t Speak” broke a record after spending 16 weeks at No.1.

2001: Playing with U2 was ”like playing with the soundtrack of our lives”,Gwen said of opening for the band that year.