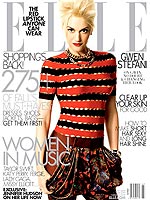 As parents guide their children through some of life’s biggest lessons, the act of teaching almost instantly becomes a two-way street. With Gwen Stefani now full-swing into the toddler years with her first son Kingston James McGregor, the songstress has picked up a quick lesson on the demands of a child. “It’s one thing when you have an infant, but when you have this two or three-year-old going, ‘Mommy, what’s the deal?’ it’s harder,” she reveals in the July issue of Elle. Sharing that the 3-year-old is passing through an “I need, I need” phase, Gwen maintains her faith for the future.

“We’re just hoping for the best and that he’s not going to turn out to be a freak, but we’ll see.”

That said, despite the trials and tribulations that accompany parenthood, Gwen firmly states she will never reach the breaking point with her kids and resort to spanking. However, that doesn’t mean she hasn’t taken on Kingston in a wrestling match now and again! “I’ve gotten my muscles out on him, that’s for sure,” she says. “He’s in that really challenging phase, but what I’m learning is it’s all phases.”

Currently on tour with her band No Doubt — after a five year hiatus — Gwen makes it clear that her priorities have shifted in recent years and for the proud mama, there’s no going back. “I always referred to No Doubt as a marriage, because that’s what it’s like to be together for so long and go through what we’ve been through,” she says of her bachelorette days.

Now, married to rocker Gavin Rossdale, the mother-of-two notes that she “can’t really have that relationship … anymore,” as her heart now belongs to three very special guys. “My priorities are always going to be my husband and my family now,” she says.

The band has agreed to forgo a new album for now and instead head out on the road for some much needed inspiration from their fans. The decision, however, has not gone without repercussions: a nervous Gwen wonders if she will ever gain back her songwriting talents. “I’m so screwed. I might never be able to write another song. Who knows?” she confesses to Elle.

“But then I think, what I’ve gone through is major, right? I got married and had two human beings come out of my body — plus two albums and two clothing lines that were born during the same period. I’m still nursing! I’m a little sucked dry. Like, maybe once I sleep through the night, maybe I’ll be able to write a song.” 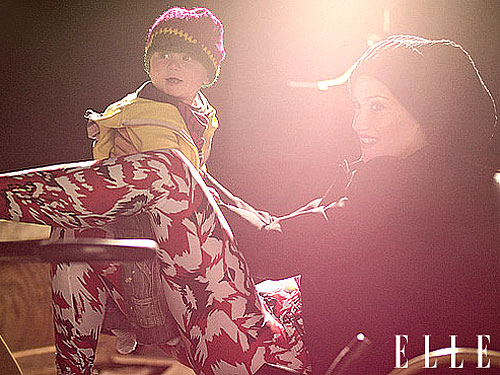