E! Online has just posted an article on the secret on the longevity of Gwen’s platinum lock’s, the men behind them, Danilo, and the secrets to get her locks perfect. We transcribed the article, and you also check it on:
http://www.eonline.com/news/787022/how-gwen-stefani-has-stayed-perfectly-platinum-blond-for-20-years-the-inside-story

How Gwen Stefani Has Stayed Perfectly Platinum Blond for 20 Years: The Inside Story

There is one celebrity who has been a platinum blonde for nearly 20 years—and in that time we’ve never, ever seen her roots.

If you’re thinking Gwyneth Paltrow, nice try but she’s a fan of a bit of dark around her part.

Madonna? OK, now you’re not even trying. She’s rocked every color of the rainbow. Also, roots, roots and more roots.

There is only one answer: Gwen Stefani

Yes, the No Doubt singer has been performing mane magic right in front of our eyes for almost two decades. In fact, if it wasn’t for #TBT most of us would never know she was a bottle blond.

For the record, the last time the Grammy winner dyed her hair anything other than white-blond was back in 1998, when she went bright blue and then hot pink. Ever since then it’s been pure platinum, from roots to tips.

When you really think about it, it’s actually kind of miraculous that The Voice judge has managed to pull it off.

Just ask Kim Kardashian. When she tried out the Marilyn Monroe look she openly talked about how the process “damaged” her hair—and she was only blond for a few weeks! Jennifer Lawrence and January Jones have also publically shared how their tresses suffered severe breakage from constant color changing. In fact, you’d be hard-pressed to find anyone, celeb or otherwise, that hasn’t felt the harsh effects of the dye job.

So how is it possible that Gwen has been able to get extreme touchups to an almost obsessive degree for years and still have a full head of healthy-looking hair? And yes, she has a very full head of hair—go ahead and scroll through any pap shots or Instagram pics. Even with her extensions out (which she happily admitted to using for her stage looks) she has shoulder-length locks.

The answer, in a word: Danilo.

Danilo has been Stefani’s hairstylist for the last two decades and has literally made it his life’s work to keep her a “healthy platinum blond”—which, as we mentioned, is something of a contradiction that has seemingly never been pulled off before in Hollywood.

“I am very devoted and I have a wonderful collaborator,” Danilo, Pantene’s celebrity hairstylist, shared exclusively with E! News, not at all downplaying the amount of work and skill it takes. “I have a theory and Gwen has a desire. We’re really proud of that and we take it very seriously. The truth is Gwen’s hair has a career too. It has to entertain, it has to perform.”

Indeed, a concept that another iconic blond understood as well. “When I was coming up, I remember I was told that Marilyn would have her hairstylist come touch up her roots every ten days…with a Q-tip. And I remember thinking, ‘Wow that’s a lot!'” Danilo laughs.

And while he doesn’t use cotton swabs, Danilo does stick to an even more stringent touchup schedule, every seven to eight days. Because as he explains: “I know roots are in right now… but I don’t like them on her. I want her to look seamless.” 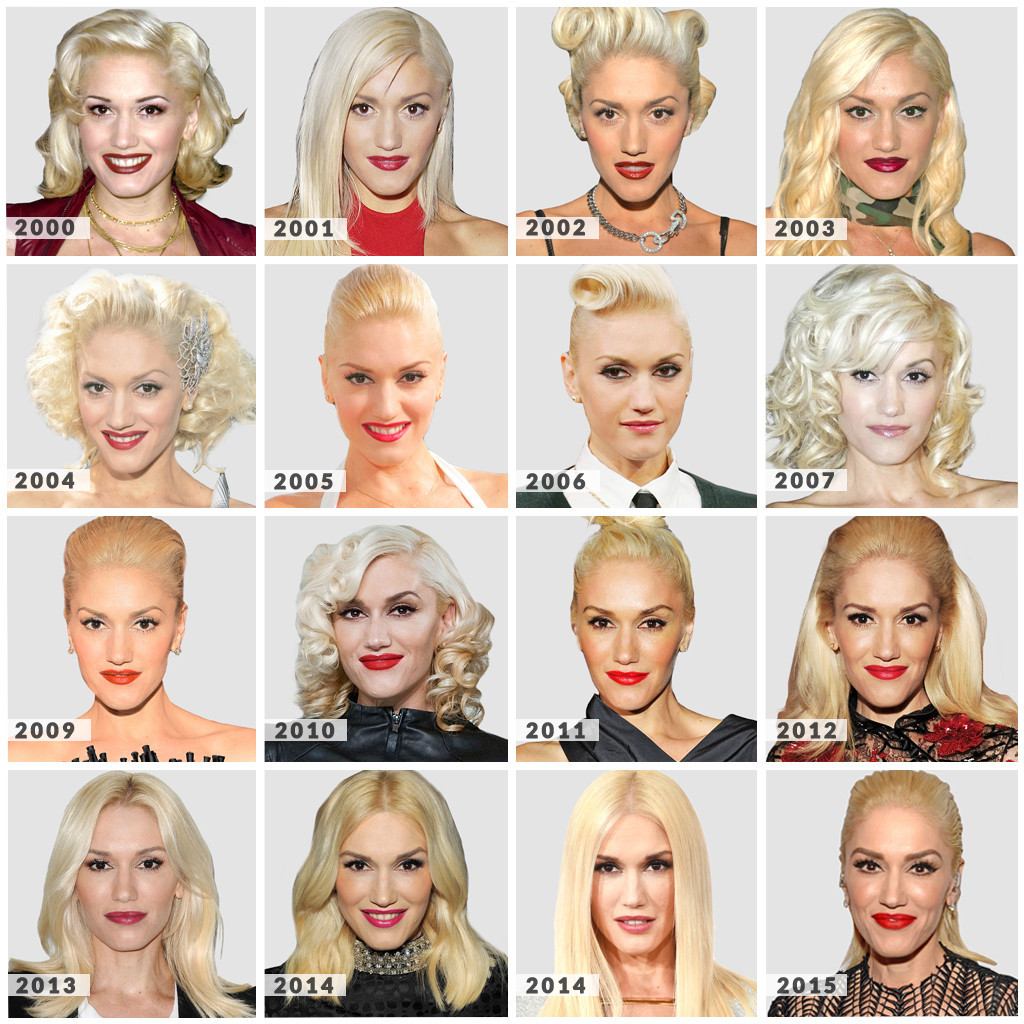 But really? We pressed him. Gwen’s never missed a touchup? In nearly 20 years?

“Well, maybe if she goes on vacation…But we really don’t let it go for too long.”  Ah, well, perhaps that explains why Ms. Stefani favors hats during her downtime.

Ok, back to the strict schedule. To be blunt: How does she not go bald with all that bleaching?

“We haven’t used bleach since 2004,”Danilo shared. “I developed a high-lift formula that achieves the same effect but saves the quality of her hair. I did a lot of research and really looked at places of origins for blond hair color like Germany and Scandinavia.  I’ve spent years finding and testing new lines and technology.”

And yes, after an exhausting amount of experimentation he found the perfect potion. And no he’s not sharing that—C’mon, that’s not even a trade secret, it’s top secret.

He would, however, drop the names of professional lines he swears by: Redken, Féria and Goldwell.

Formula is important, for sure. But there is another major component in the works here.

“Every Monday in the trailer when she’s doing The Voice,  I color, wash and treat her hair,” he says, going on to explain that while the color is working on her roots, he coats the rest of her hair with a pack of deep conditioner and leaves it on for around 45 minutes.

But that’s just the first layer of the conditioning. You see, his big secret, the reason he’s been able to keep her healthily platinum-blond for all these years is…

Yes, you read that right. Every day, every style he creates—from bombshell waves to a retro updo—is created with layers of conditioner.

“She gets multiple types of deep conditioning every day,” he reveals.

That’s your answer: Danilo’s system of basically deep conditioning her hair all day, every day cancels out the damage caused from coloring.

Now you’re probably thinking: How is that even possible? Conditioner—leave-in and otherwise—is traditionally heavy, gunky or sticky to say the least.

“I realize that it is unique that I style with conditioner,” he admits, crediting the products that he uses for maintaining his ability to still achieve movement and volume.

And since he won’t give himself all the credit, we will. Danilo’s skill is the real reason this method works. He told us he spent years mastering styling with conditioner, constantly testing mixes and products. “It’s essentially trial and error, and from all of my trials, I was able to get more prescriptive for individuals. That’s why practice makes perfect.” Plus, he’s one of the most talented hairstylists in the world so, yeah, that helps a bit.

And while the hair color formula he uses on Gwen is not available at the drugstore, a lot of the styling products are.  Danilo has been with Pantene for 17 years—almost as long as he’s been working with Gwen. So the majority of what he uses is, yes, Pantene. Before you cry “Plug!” know that this is a man who has been deeply involved the creating and testing of these products—for 17 years now. That said, he admits that the singer is adventurous with products and likes to try out new brands: “Gwen and I have fun, we’ve tried many things!” But in general he sticks to these key products:

So now we know the secret behind Gwen’s magnificent mane for the last 20 years: A non-bleach, one-of-a-kind color formula plus conditioner, conditioner and more conditioner.

Or as Danilo summed it up perfectly if you really want to pull it off: “Have your best friend be your hair dresser—I care!”

1 thought on “E! Online shares the inside on Gwen’s hair”